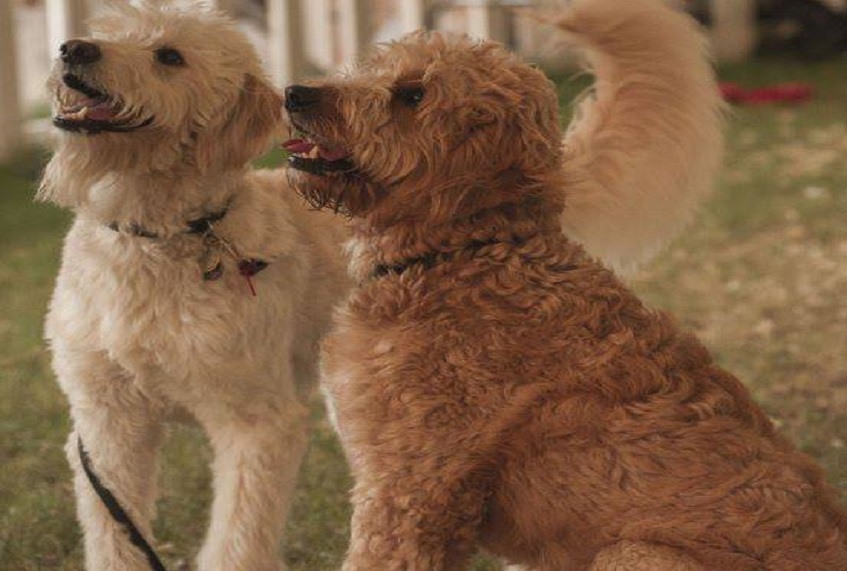 Everyone wants a dog that will respond to commands. However, by focusing too much on command-based training, we don’t teach the most important foundational skills of self-control and problem solving. Without those skills, we don’t teach him to think for himself. When the foundation has been laid, we can begin to add commands.
Commands are words that are associated with a particular behavior. The behavior comes before the command. The way you give your dog commands is as important as which commands you teach. You must use a confident, (not harsh) tone, and display confident body language. Imagine you are giving your dog commands while in church or at the library—this means no yelling or screaming.

I often observe the following scenario in public: An owner is standing with their dog and asks him to sit in a regular to firm tone. The dog knows the command, however, does not sit because he is distracted, excited or being obstinate. Two seconds later, the owner repeats it, this time, a little firmer. The dog still does not respond, so the owner changes his position, jerks up on the leash and says “sit” much firmer. This time, the dog recognizes the anger in his owner’s voice so he promptly sits, an action that calms the conflict (see our book on dog behavior).
Three things have taken place here. The owner has taught the dog that when he is distracted, the owner will be inconsistent and will change the way he normally gives commands, that the dog does not need to respond until the owner displays anger, and that the dog does not have to respond until hearing the command several times.

Being with your dog should be fun. You should recognize first that your dog will not do everything correctly, especially during the initial training phase. He may offer inappropriate behavior, ignore your commands, and maybe embarrass you—especially in public. Lay a strong foundation in the home, and work to going into public. The more you get your dog out and the more you respond appropriately, the more consistent he will become. How quickly you get there will also depend on how you respond to his lack of inconsistency. It is okay to explain to people your dog is in training.

Dogs are not robots and should not be treated as such. Dogs have a brain and acute senses that take in sound, smell and taste. They can be overwhelmed because of a lot of stimuli when out in public. Think about a time where you walked into a candy or candle store. Remember how all the different aromas and colors flooded your senses? Dogs feel that way on a regular basis, so when you give a command it must have meaning to your dog so it pushes through the other stimuli so he can respond appropriately. This does not happen immediately. The speed in which it takes place will depend on your dog’s maturity level, level of self-control and experience.

When giving a command you want to use a normal tone of voice or less. Even during the times you may have to raise your volume due to distance, do not use harsh or firm tones. When giving a command give it in a confident manner. Do not drag the word out but say it short and concise and do not repeat. Once you give the command, count to five silently to yourself; this allows your dog an opportunity to receive the command, process it and respond. After five seconds, you may ask the dog again using the same normal tone you used the first time you asked.

Get out of the habit of constantly repeating commands to your dog. Practice whispering commands and work up to a normal tone of voice. Practice counting five silently to yourself and then repeat the command the same way. Once you feel comfortable, practice giving your dog commands this way. Be sure to only use commands he knows solidly.
Don’t rush to put commands with behaviors. I encourage owners to focus on acknowledging the behavior they want to see repeated and then make a decision as to what word they want to associate it with, if any. Many behaviors I encourage owners to reward do not have a command associated with them, such as playing with a toy, chewing on a bone, quietly watching neighbors work in their yard or observing quietly during family dinner. The behaviors that need to be named are behaviors you will need the dog to do during specific circumstances such as staying in one place, leaving a dead animal alone or coming when called.

When you think about the behaviors you want to put on command, take some things into consideration. Are the commands going to be easy to remember and natural to use? Which language would you prefer?
Put together a list of commands for particular behaviors so there is consistency throughout your household. If you are fostering a dog, give this list to the family adopting your foster dog.

Here are commands I commonly use:
Sit—“Sit”

Walking Nicely on Leash—“With me”

Leaving an Object Alone—“Leave It”

Getting in the Car—“Load Up”

Lying Down on a Bed—“Bed”

Permission to get on Furniture—“Couch”

Your list may be longer and should contain every behavior you want to put on command, including tricks. Be sure everyone in the household is using the same commands so the dog is not confused and frustrated.
Dogs do not understand our language but they do learn to associate certain words with different actions, and can also learn body language and hand signals. If you choose to do hand signals, mix them with the oral commands and add them to your list.

Once you have marked a behavior consistently and your dog understands that offering that behavior earns a reward, you can put a command with it. Continue to mark the behavior just as you have been but now you will time the behavior with the command. Here is how to do this properly:

1. You see your dog about to put his rear-end on the floor. During the action, say the command for “sit.”

2. Once your dog completes the behavior, acknowledge and reward.  Do not show a treat to your dog to get him to comply.  This is luring, not rewarding.

3. While you are rewarding your dog, feel free to repeat the command only to give your dog another opportunity to hear it. You are not saying at this point to get him to comply (for instance, “Fido, good sit!”).

Once you think your dog understands the command, test it. Testing should occur at a different time than the association exercise. Give the command before your dog does the behavior and wait at least five seconds to see if he responds. If he does not respond within five seconds then he probably does not have the association and you need to go back to that step. The faster he responds the better he understands.

If your dog is consistently responding to a command, it is time to change the way you reward it. This process teaches your dog that he must listen to your command to earn the reward and not just offer the behavior when convenient. When the behavior is offered without a command, still acknowledge it, but do not offer a food reward. Food rewards will now only come when the dog responds to a command within five seconds.

Your final step to teaching the command is to vary the reward. This will take place once the dog is consistently responding to your command. The varying of the reward will now take place whether you ask your dog to do a behavior or if he offers it randomly. Consider yourself a slot machine. You want your dog to “pull the lever” over and over again to see if he can win. The variable reinforcement schedule will cause the behavior to be stronger and more likely to occur.

Your dog may respond well in a controlled environment but when you are in public the distractions may get in the way. Instead of responding quickly he may take a few seconds longer, which is very natural. If he knows the command consistently then you can begin to put the two-command rule in place. Whatever you do, do not change your behavior by changing your tone or your body position. Also, do not physically touch the dog or use an aversive (choke collar/shock collar/etc.) to get him to respond. Reward with food the first several times your dog responds out in public.

Some dogs learn faster than others, so be patient. The more commands you teach your dog the faster he will respond.