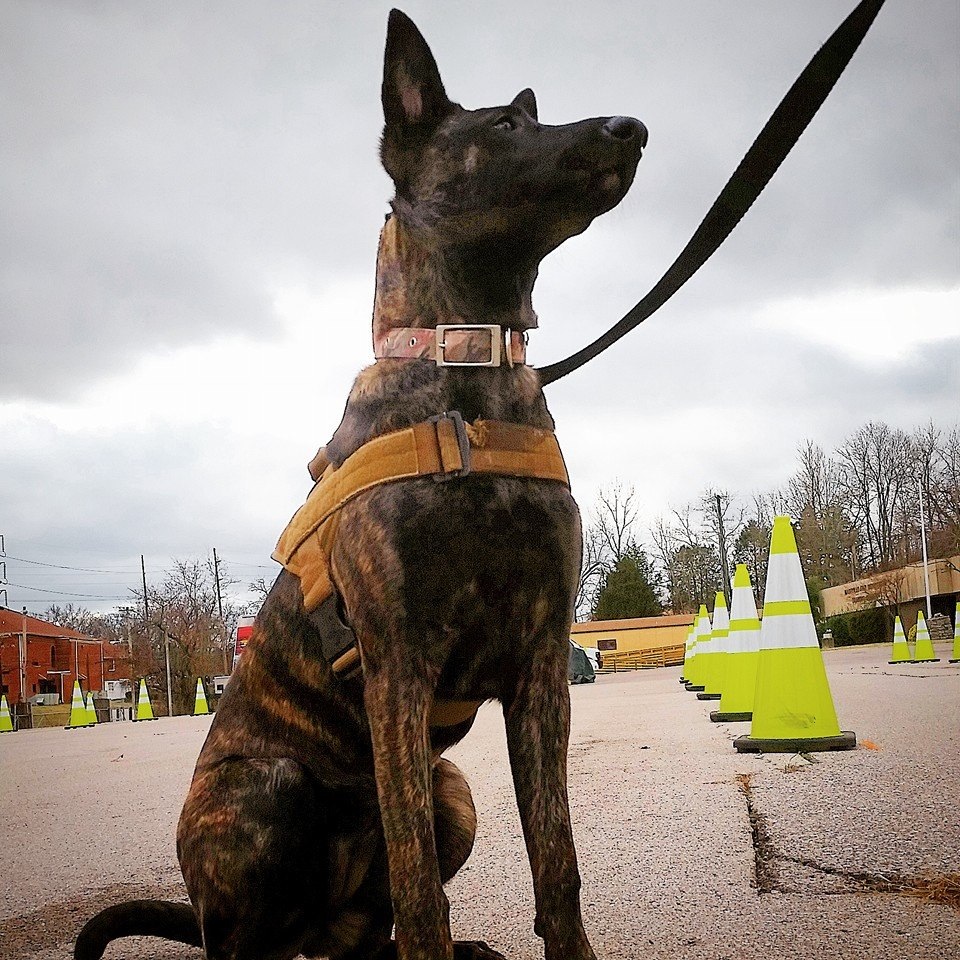 When I began training dogs twenty years ago, I admittedly used aversive techniques.  Not only was that the norm at the time, but it also produced seemingly quick results.  I quickly realized, however, that training this way was not enjoyable for me or the dogs, and that dogs were to be more than robots.  Dogs were not meant to be dominated and controlled, but rather, enjoyed.  They, like us, have brain stems which allow them to receive and process information.  They have the ability to communicate.  Dogs are capable of making decisions.  Dogs are capable of having deep bonds with their people.

Recently, I was working with my clients’ new dogs.  These older dogs were new to my clients’ home, and had never had anyone establish leadership or set expectations for them.  As I worked on behaviors such as “come” and “that’s enough,” it occurred to me that while I could get quick “results” by using aversive tools, my true goal in training was to help build relationships between dogs and their people, without causing fear.  This is something I could not have done with aversive techniques.

Another issue with aversive techniques is that a real relationship between the dog and trainer or dog and owner often does not exist.  A dog learns only that the trainer or owner is an unpredictable human.  They also learn to only offer behavior if they are told to do so or to ensure an aversive consequence does not occur.   Often times, dogs will shut down and limit their offered behavior just to ensure that they don’t receive the negative part of the training.  Though this often makes it appear a dog’s behavior/obedience is improving drastically and quickly, in reality, the dog is only showing he is afraid to make the wrong choice, or, worse, afraid to think for himself at all.   Unfortunately, these methods often do not “stick.”  Dogs are smart.  They will learn that when an aversive is not attached, no pain can come to them, therefore, they display inappropriate behavior or do not respond to commands.  This is because oftentimes the dog never truly learned the command to begin with.  He simply learned to offer default behavior to avoid correction.

Let’s look at this scenario:

Let’s say that you have been required by your doctor to lose weight and the doctor has decided that this needs to happen sooner than later. So, instead of teaching you life-changing habits, he puts you in a room with your favorite snack (I vote potatoes).  In this room there is a large table of many different potato choices; French fries, potato chips, hash browns, mashed potatoes, etc. abound.  In this same room is a guy, who doesn’t speak your language, puts a shock device on you.  Though you can’t understand him, his body language indicates it’s okay for you to partake in the dishes on the table.  However, each time you reach for a bite of food, he shouts a word you do not understand and shocks you.  If the shock isn’t severe, you may reach for the potatoes again.  When you get the same result, you begin to realize the potatoes are causing the shock and shouting.  When you step away, this man says another word you don’t understand, and gives you a piece of broccoli.  Maybe you like broccoli, but, let’s be honest, it’s probably not as satisfying as the potato chips.  You quickly learn that each potato dish causes shock and shouting.  You also learn that the man is much happier when you stay away from the potatoes.  When you learn to avoid the potatoes to avoid pain, you are released from the room.   Did you learn to avoid unhealthy potato choices when in the real world or at home?  No.  You learned to avoid potatoes in front of that man.  Or, if the shock was extremely painful, you have learned to associate potatoes with physical pain.  Either way, the exercise has only instilled fear in you.  Once home, if your partner does not follow through with the aversive techniques, you will quickly revert back to your old habits.  If your partner does follow-through, you will quickly learn to fear your partner.

Though the above exercise airs on the side of extreme, you get the picture.  When a dog is corrected harshly each time he, say, barks at another dog, he will begin to associate other dogs being around his owner with something negative.  This will eventually lead to dog aggression.  He is also not taught what behavior to offer instead.

If you take the above potato scenario and bring in a positive life coach, a different outcome will likely occur.  Let’s say he also does not speak your language.  As you approach the potatoes, this life coach gently redirects you.  When you return to your seat, the man gives you $50 and nods approvingly.  In fact, each time you get up, but make the decision to not eat the potatoes, you get rewarded.  After repeating this a couple of times, he leaves the room.  At this point you must decide which reward is greater.  Still not convinced money is greater than potatoes, you move back to the table.  As you do so, the man reenters the room and redirects you again.  The consequence of approaching the table is not a shock, but, rather, is not receiving money.   When you leave the office, you must decide whether to eat potatoes at home or not.  If your partner is also consistent and uses the same positive techniques, you will learn that you never know when you will receive money for making a healthy choice.  Now, your confidence and self-control has increased.  You have also learned to extinguish an unwanted behavior and to make better choices.

This is why it is so important for all members of a family to be on the same page when teaching a dog.  If no one is consistent in the home, a dog will learn that rewards and expectations come only when the trainer is around, and a positive relationship will only be established between the trainer and the dog.

It is important to remember that leadership is not about dominance or harshness.  Leadership is about setting expectations, and remaining calm, confident and consistent.  Teaching a dog with positive techniques may take time, but in the end, will ensure you have a better relationship with your dog, and that you have a dog who is not fearful, but is a confident, happy dog that is not afraid to try new things.   Remember, your dog is not a robot, but is a creature that has thoughts, emotions, wants and needs.